The following is the More than 70% of the respondents encountered difficulties and obstacles in handling the transfer of their number to the Internet From Beijing Consumer Association recommended by recordtrend.com. And this article belongs to the classification: telecommunication industry .

According to the “Regulations on the management of the number carrying and network transferring service”, users can change the operators of basic telecommunication services signed by them while keeping their numbers unchanged. Now that the regulation has been in effect for one year, the Beijing Consumer Association recently released a related survey report on “carrying the number to the Internet”, 70.39% of the respondents who have handled the “transfer with number” said that they would encounter certain difficulties and obstacles in the process.

In the era of mobile Internet, mobile phone number is the “golden key” to unlock all kinds of applications. Too many applications need mobile phone number registration and login. Under such circumstances, it is not easy to change the mobile phone number. It is of vital interest for everyone to carry the number to transfer to the network. Of course, the greatest significance of “carrying the number to the network” is not to reduce the cost, but to clarify the rights – users may not really switch to the network, but their rights can not be deprived. Unfortunately, the communication operators are not active in this limited right. According to the Ministry of industry and information technology, by the end of August this year, more than 12 million users across the country had completed the “number carrying and network transferring”. This group of figures looks quite impressive, but when combined with the total number of 1.6 billion mobile phone users, it is actually insignificant.

How difficult is it to transfer the number to the network? The experience of Ms. Zhou in Xi’an is representative. Nearly a month after the negotiation, Ms. Zhou’s “carrying the number to the network” business still failed, and finally had to buy a dual card dual standby mobile phone and handle a new phone card. The key to Ms. Zhou’s frustration is that her number one deal expires at the end of 2029. Ironically, there have been complaints that their prime deal has been extended for 18 years and cannot be cancelled. For this reason, Shaanxi Communications Administration Bureau found that the behavior of Shaanxi Mobile Xi’an Branch was illegal, fined 50000 yuan and dealt with five responsible persons. We prefer to be punished, but also insist on setting up obstacles for “carrying the number to the network”, which shows how strong the “mountain top consciousness” of the operators is.

The difficulty of the above-mentioned “carrying number to network” lies in the fact that the communication operators set up many obstacles for the transfer of the beautiful number to the network, which undoubtedly hindered the process of “carrying the number to the network” to a great extent. Some people say that it is difficult to change the network of a good number because the ownership of the right to use it is not clear. In fact, the issue that deserves more attention than the right to the use of the beautiful number is whether the agreement itself can stand the scrutiny of the law? According to relevant regulations, operators can’t make extra profit from the sales of beautiful brand. The reality is that, because of the rare goods available, the number is often bound with additional terms such as the minimum consumption and the prepaid phone charges. In other words, operators have already gained extra revenue from the use of smart numbers. In the process of “carrying the number to transfer the network”, the operators will solidify the extra income into the due benefits. Is this really so justified? At least, Shaanxi Provincial Communication Administration does not think so, so it issued a ticket to Shaanxi Mobile Xi’an Branch. The question is, how much punishment and deterrence can a 50000 yuan fine have?

In March 2019, the Ministry of industry and information technology issued the guiding opinions on the construction and rectification of business style in the information and communication industry in 2019, which clearly stressed that it is necessary to deepen the business standard of “carrying number to network”, and shall not arbitrarily add processing conditions, set artificial barriers, and shall not use the “number transfer” to carry out vicious competition. According to the data provided by the Ministry of industry and information technology in September this year, since the official provision of the service of “carrying the number to the network”, the national telecommunication management institutions have interviewed, notified, ordered to rectify and punished more than 500 times of relevant violations by telecom enterprises at all levels. The regulatory authorities frequently take measures, we can see its vigorous attitude, but this is not a true portrayal of operators’ repeated violations. The question is whether the relevant punishment can trigger pain in the reform that touches the interests?

In fact, the data shows that from March to November of 2019, the total investment in infrastructure construction of the whole industry for “carrying number to network” has exceeded 3 billion yuan. As far as “carrying the number to the network” is concerned, the attitude of the regulatory authorities is clear, and the infrastructure is constantly improving. At present, the most urgent need is to increase the degree of accountability and punishment. If we can’t get rid of the “mountain top consciousness” of the operators, the policy dividend of “carrying the number and transferring the network” will be difficult to be realized.

From Beijing Consumer Association: 70.39% of users said they encountered difficulties in transferring their numbers to networks. The rate of users who transferred their numbers to networks in the past three years was only 0.27%. Korea Telecom Operators Association: the number of mobile phone users dropped to the lowest level in 13 years in 2018. Ministry of industry and information technology: 2% of the total number of Internet users carrying numbers. Beijing Municipal Bureau of industry and Commerce: telecom service complaints increased 4 times in 2014. Beijing Consumer Association: Beijing in 2018 Who is the biggest beneficiary of the tourism consumption experiential survey? China Telecom: in November 2019, China Telecom’s operation data has become the biggest beneficiary of number carrying and network transferring. Everyone loves to send short messages. DIGITIMES: it is estimated that the number of TD-LTE users in mainland China will exceed 7 in 2016, IHS infonetics: in 2014, the market size of Telecom optical transceiver was only US $762 million, down 7%. Ecological interpretation Ott: the proportion of adults with mobile phones and tablet computers in the United States is 84% and 7% respectively. Dell’Oro: the next step in the development of 5g technology is to increase the capacity of 6GHz band GSA: by 2020, the number of LTE users in the world will reach 5.55 billion 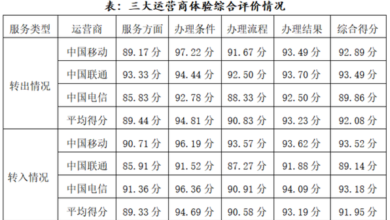 70.39% of the users said that it was difficult to transfer their numbers to the network From Beijing Consumer Association 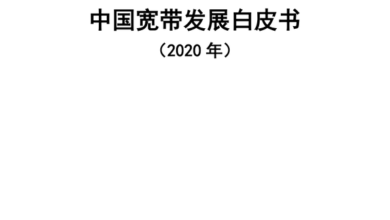 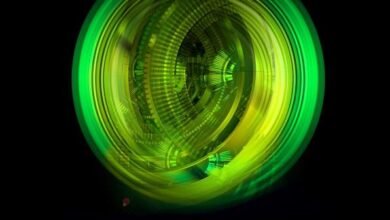 Outlook for U.S. Telecom, media and entertainment industry in 2021 From Deloitte Consulting 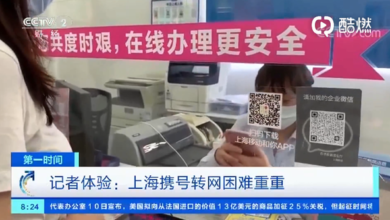